‘Nanette, this has been just a perfect day. You are so clever to have found this place for us. I can’t thank you enough.’ Vanessa hugged her friend tightly.

Nanette and Vanessa were standing by the entrance to The Old Folly. Set in the middle of a snowdrop-covered field with views tumbling down the Devonshire countryside towards a distant river sparkling in the late afternoon winter sunshine, it had proved to be an ideal venue for Vanessa and Ralph’s wedding.

Nanette smiled at her friend and employer.

‘I must admit to being a bit worried about organizing your big day. It’s been such a long time since I’ve done anything like it.’ She paused. ‘I did wonder whether I was still up to it.’

‘You did a great job. No problems at all,’ Vanessa said.

‘You were a beautiful bride,’ Nanette said.

‘Right, enough of this mutual admiration society,’ Vanessa said. ‘I need to talk to you urgently.’

‘Can’t it wait until you return? You are only away for the weekend. Incidentally, you have to leave in about ten minutes,’ Nanette said, glancing at her watch. ‘Surely Ralph must be wondering where his new wife is?’

‘He knows I’m with you. It’s important for me to talk to you before we leave. I have to ask you something.’

‘You know that Ralph has got this big filming project lined up in the Amazon?’

‘Yes. He was telling me earlier it’s his biggest project yet,’ Nanette said.

‘He wants me to go with him. We’d have a week’s belated honeymoon in Brazil and then I’d become part of his team filming the documentary in the rain forest.’

‘For the whole of the five months?’

‘How do you feel about being away for so long? What about the twins and your business— Oh,’ this, as realization dawned. ‘You want me to step into your shoes while you’re away?’ Nanette took a deep breath.

‘Looking after the twins, fine I’m used to that – but running the business? I don’t think I can do it.’ Nanette shook her head. ‘Organizing today with the help of your office, is one thing, running your business in your absence, would be totally different.’

She looked at Vanessa anxiously. ‘You know I haven’t done any PA work since.…’ She shrugged and didn’t finish the sentence. ‘I did think after organizing today, I’d ask if I could come in and do a regular stint in the office to get me back into the swing of things but being in charge—’

‘No, I don’t want you to run the business,’ Vanessa interrupted. ‘Caroline is more than happy to look after that side of things for me – she’s been taking on more and more responsibilities recently anyway. But I do want you to carry on looking after the twins for me.’

Nanette breathed a sigh of relief.

‘Of course I’ll look after the twins while you’re away, but five months is a long time. What happens if there’s an emergency? Do I have full responsibility? What about Mathieu?’

There was a pause as Vanessa fiddled with the sprays of freesias pinned to her wedding dress, before she looked directly at Nanette and added quietly, ‘I want you to look after the twins in Monaco.’

Vanessa held her hands up in a conciliatory gesture as Nanette looked at her aghast.

‘I know, I know. You vowed never to go back. And I promised you wouldn’t have to. But Mathieu has agreed to have the twins for six months on condition that you go too and look after them like you do here for me. He says he’s too busy to become a school-gate-dad.’

Nanette turned away and watched silently as an all-enveloping mist began to rise from the river and drift up towards the medieval Folly. The day was turning cold as the last rays of sunlight vanished.

Damp air began to swirl around them as the reassuring presence of the old building became shrouded in the mist. Nanette tried unsuccessfully to suppress a shivery shudder of apprehension at the very thought of returning to Monaco. Painful memories of a place she’d pushed into the darkest recess of her mind began to swirl into her consciousness.

‘Can’t Mathieu come over here?’ she said desperately, turning back to face Vanessa. ‘I’ll willingly look after him and the twins here.’

Vanessa shook her head. ‘Apparently not. He says it’s impossible for him to leave the country for so long. He’s got some sort of business deal going through and needs to be there.’

‘I realize I am asking a lot. I know how difficult it will be for you to even think about returning and if you can’t face it, I will understand. So will Ralph,’ Vanessa said. ‘But will you please consider the idea while Ralph and I are away this weekend?’

Patsy, her sister, was waiting as Nanette shepherded the twins, Pierre and Olivia, off the train later that evening.

‘Hi. Everything go according to plan? Good. That’s a lovely frock you’re wearing, Olivia. Did you enjoy being your mum’s bridesmaid? Of course you did, silly question that. And you, Pierre, how are you doing? The car’s parked right outside; we should be home in fifteen minutes. I expect you’re looking forward to supper – or did you fill up on wedding goodies?’

Listening to her, Nanette felt breathless. She was always amazed at the speed at which Patsy spoke and sometimes found it difficult to get a word in, let alone answer any questions. But Patsy was kindness itself and four years ago when she’d married Bryan, a local farmer, she’d settled into her role of farmer’s wife like a born countrywoman.

‘How are you? Any news? Think you’ve put on weight since I last saw you,’ Nanette asked quickly, when Patsy finally took a breath. 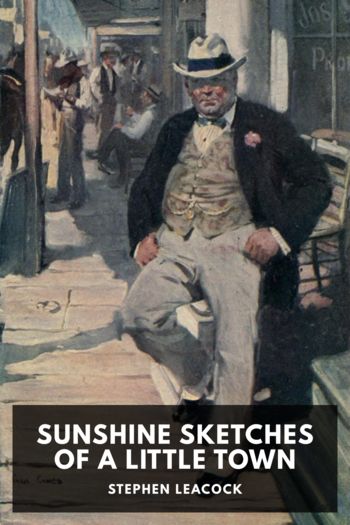