Julian D. Parrott was born and raised in Wrexham, Wales. He attended Manchester University and the University of Illinois. He lives in Urbana, Illinois with his wife and, on occasion, can be found travelling the canals of England and Wales.

The right of Julian D. Parrott to be identified as author of

this work has been asserted by him in accordance with the

No reproduction, copy or transmission of this publication

may be made without written permission.

No paragraph of this publication may be reproduced,

copied or transmitted save with the written permission of the publisher, or in accordance with the provisions

Any person who commits any unauthorised act in relation to

this publication may be liable to criminal

prosecution and civil claims for damages.

A CIP catalogue record for this title is

available from the British Library.

Vanguard Press is an imprint of

Viktor Rabinovich was nervous. The Russian journalist was always nervous these days. A car backfiring on the Tel Aviv street below his apartment would send him into a paroxysm of anxiety while an unexpected knock on his door would ice him with fear. A quiet, gentle man who had always modestly viewed himself as a mediocre local journalist, he never intended to become an international cause célèbre.

He had been sent to eastern Ukraine by his pro-Kremlin newspaper to write a warm, human interest piece on the camaraderie of the pro-Russian separatists, but he’d ended up reporting on what he observed: secret Russian military intervention and human rights abuses. The drive to be a good and honest reporter overcame his natural timidity. His editor, of course, censored the story but it leaked out and was picked up by western news agencies. To many in the west, Rabinovich was a free press hero, but to the Kremlin he was nothing but a traitor. The Kremlin issued an arrest warrant for him. Warned not to return to his Russian home, he fled to Israel.

Rabinovich had adjusted to life in exile. He lived a low-profile life in Tel Aviv working as an occasional consultant to press agencies while writing features about the Russian state’s suppression of speech or more personal pieces about his life in exile, and his fear of Kremlin retribution. His fear was justified but he hoped his high media profile would give the SVR and FSB, the Kremlin’s external and internal intelligence agencies, pause before they attempted any action to silence him. Rabinovich was very aware of the Kremlin’s campaign to quash its critics. He knew that at least fourteen opponents of Putin and the Kremlin had already died in mysterious circumstances while living in exile in the UK. He also knew there had also been brazen attacks on émigrés in the US, France, and even in his newly adopted home of Israel. He justifiably feared the SVR and FSB and their long reaches.

He looked at himself in the mirror that hung in the small alcove by his flat’s front door. He was short, plump and getting plumper. He wore large plastic framed glasses, was heavily bearded, and his bald pate was covered by a plain yarmulke. Dressed in plain blue slacks and a short sleeved white shirt, he thought he looked like a regular Israeli citizen. Rabinovich rarely went out of his flat and almost never met journalists in face-to-face meetings but the recent request came from a legitimate source, a respected Irish daily. Rabinovich had personally checked the journalist’s credentials and read some of her features online, and the meeting had even been approved by the Shin Bet, Israel’s domestic intelligence agency. He had arranged to meet in a popular and very public cafe.

The cafe was refreshingly cool with a nice view of the Mediterranean and the fine beaches that lined the opposite side of the street. Rabinovich would have preferred to meet at one of the open-air beachside cafes, as it would have been more public, safer, but he would have been bothered by the heat. He was breathing heavily as he entered the cafe after the short but hot walk from his flat.

“I really need to do more exercise,” Rabinovich thought and then smiled. “Who am I kidding, I need to start some exercise first.”

He wiped his forehead and back of his neck with his handkerchief. He was early for the appointment, just as he planned, and ordered a sealed glass bottle of water and removed the bottle’s cap himself as he sat down at a small window-front table. Recalling how Alexander Litvinenko had been poisoned, Rabinovich was taking no chances with the possibility of anyone adulterating his beverage. After a third gulp of water, he noticed a small, red-headed woman, dressed as a tourist, enter the cafe. Rabinovich recognised the journalist from her online profile picture. The journalist smiled at Rabinovich, ordered coffee and then took the seat opposite the Russian. After quick and perfunctory introductions, Rabinovich settled in to answer the journalist’s questions.

Outside, across the street at a beachfront cafe, comfortably relaxing at a table, Feodor Kamenev, Russian temporary cultural attaché visiting Israel along with the Kirov Ballet, pretended to read his newspaper. As 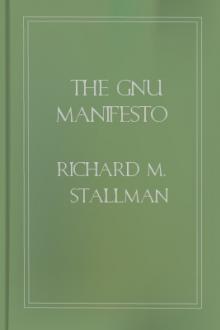