All rights reserved. The characters and events portrayed in this book are fictitious. Any similarity to real persons, living or dead, is coincidental and not intended by the author. No part of this book may be reproduced, or stored in a retrieval system, or transmitted in any form or by any means, electronic, mechanical, photocopying, recording, or otherwise, without express written permission of the publisher.

Business and certain location names are fictitious, as are all characters in this story. To the author's knowledge, there is no Bunzo's Bar or Pinoy Boy's market, nor is there a Tanizawa Estate or chruches mentioned in the story. Place and street names are real, in both Honolulu and Cleveland. That said, this is not a travelogue, but a fictional murder mystery, and should be read and enjoyed as such.

Other Series by Kay Hadashi

Rookie patrol officer Gina Santoro rubbed her chin for the fourth time since the excitement of their last call. She and her field training officer had an hour to go on their shift, and it had been a wild one. It had started with a DUI arrest of an old high school classmate. That was followed by breaking up a bar fight, where Gina took a right cross to her chin. Then there had been the liquor store holdup. More time had been spent in booking their arrests and on paperwork than they had in patrolling streets. As far as she was concerned, all she had to do was patrol a few miles of Cleveland’s Little Italy, issue a traffic citation, and call an end to the frosty night.

Cheerful red and green Christmas lights strung along eaves of older duplexes reflected off the wet pavement as she drove. Turning off the residential street onto a large but quiet boulevard, she couldn’t help but notice the same displays she’d seen all her life: frozen snowmen in parking lots, Santa decorations in store windows, and the aging Nativity scene arranged at the park. This year, like in too many recent years, there were a few homeless people at the park in their tents and under tarps, hiding from the early winter cold. Somehow, they’d have to find a way of staying warm, just like Mary, Joseph, and Jesus had to in their tin metal and hay bale manger that shared the park with them. When a yawn came, she let it loose, and then gave her field training officer a glance.

“Don’t worry about it,” Sergeant Butch Morrison said. He watched the driver of the car next to them while they waited for the signal to change. “See anything unusual about this character next to us?”

Gina knew better than to look directly at the guy, but had noticed his nervous activity when she brought the squad car to a stop. “Drumming his thumbs on the steering wheel a mile a minute, and there’s no music playing.”

“I think the party started about twenty minutes ago. Want to do a sobriety stop?” Gina asked.

“Let’s pace him for a block or two. If he weaves, we’ll light him up.”

The red traffic signal turned green, and Gina let the driver in the other car go through the intersection first. She noticed him checking his mirrors frequently as she paced behind him for the first block. It was beginning to look like another DUI bust would end their night.

“Haven’t seen you at Smitty’s bar lately, Santoro. I know your father would like to see you there after shift,” Butch said.

Gina couldn’t help but smile at the thought of her field trainer watching over her personal life. As an old friend on the force with her father, she’d known Butch like an uncle all of her life. “When I see him at Mass, he’ll see me at Smitty’s.”

“To a veteran cop like your father, spending an hour after work with the guys is the same as going to Mass.” Butch used their on-board computer to check the driver’s plate for wants and warrants, and waited for results. “Other than Smitty’s, I’ve never known your father to be a religious man.”

“Either have I,” Gina muttered. “Do I look like one of the guys to you?”

He laughed. “In your uniform you do, yeah.”

“I’ll take that as a compliment.”

The wet streets were beginning to freeze into thin sheens of ice, making steering tricky. Gina noticed the nervous driver’s tires kiss the broken line on the pavement for the second time. It was time to pull him over. That’s when a dispatch call came over the radio for a convenience store holdup in another precinct. “Want me to pull this guy over or should we go back up that 211?”

“Stick with this guy. That call was on the other side of town. A couple other squads will be closer.”

“Any wants on his plate?” Gina asked when they got to the third block of following the nervous driver. She closed to within two car lengths behind, just to let the guy know he was being followed.

“This old computer is worthless. Better call it in,” Butch told her.

While calls from dispatchers came across the radio about the robbery across town, she called in the plate. “Wants and warrants for late model silver Lexus, Pennsylvania vanity plate I-M-R-I-C-H.”

After a couple of minutes passed, half of which was while both cars waited at red lights, Gina looked across past her partner’s broad chest to see what the other driver was doing. The rapid thumb drumming had stopped, but he was leaning forward and stiffly looking out the windshield. It was almost as if he was trying to pretend everything 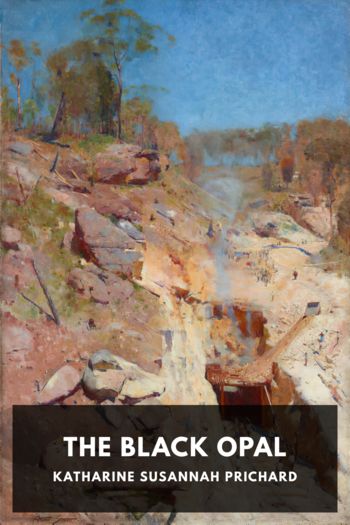