Too Nerdy to Handle

The Man, The Myth, The Nerd

The (Not So) Perfect Day

The (Not So) Perfect Fiancé

The (Not So) Perfect Match

A Shot With Prince Charming

Never Have I Ever Land (Coming Soon)

Once Upon a Comic-Con

How to Catch a Crush

Striking Out with the Star Pitcher

Saved by the Crush's Brother

Playing Hooky with the Hottie

First Kiss with the Quarterback

Sleepover with the Enemy

Caleb Calhoun wasn’t afraid of anything.

Well, he wasn’t afraid of much.

He glanced out the window of his new run-down seaside cottage and took in the sweeping sight of the unrelenting waves crashing to his right and the large expanse of green grass that lay to the left.

After a childhood spent in poverty, then as an indentured servant, and finally as a pirate turned privateer—there was truly not much that the oversized warrior feared these days.

But he was man enough to admit that he was terrified of her.

Caleb’s new landlord, Arnold Laslow, moved behind him in the small confines of the cottage. “Is everything to your satisfaction, Mr. Calhoun?”

He kept his gaze out the window. No sign of her. The blonde beauty with the minions of little ones who chased after her like she was some sort of beatific pied piper. “Fine, fine,” he muttered to the other man. “And it’s Caleb.”

Mr. Calhoun wasn’t even his father’s name. It was a fictional name that his friend Marcus had given him when they’d first started sailing together on the Night Raider. Of course, that was a lifetime ago. Everything was different now. For one, he was no longer a pirate. Truth be told, he hadn’t officially been one ever since Marcus had received a letter of marque from the crown a couple years back. He’d become a privateer, along with the rest of the crew. But now he wasn’t that anymore either.

So what was he then?

These days Caleb couldn’t even call himself a sailor. He’d sent Marcus off with the crew and his new bride, and now he was stuck here in this tiny seaside village. Alone for the first time in decades.

As if the little witch could read his mind, she chose that moment to appear, rising up over the yonder hill as if she were some sea sprite come to earth.

To plague him, no doubt.

Perhaps she had been sent by the gods of the sea—his own personal form of penance for a life spent straddling the line between good and bad, lawful and treasonous.

But he still had no regrets.

He caught sight of her beaming smile, as if she knew he was staring at her. He jerked back from the window’s ledge.

He had no regrets, that was, until she came around. Miss Abigail Jones was a living, breathing reminder of his stained and bloodied past. A white angel to his dark demons.

With a growl he turned away from the window so he wouldn’t be tempted to stare.

His snarl wasn’t intended toward Mr. Laslow, but the older gentleman backed away all the same, his eyes widening with alarm. It was with effort that Caleb forced his features to relax. He knew what sort of image he struck. A tall, dark beast of a man. Too dark-skinned to be mistaken for a proper Englishman, but not easily identifiable either. He was a mutt, as his first captain liked to remind him. It was the name he’d heard along with a whip’s whistle just before he was beaten for whatever infraction he’d been accused of last.

A mutt and a beast. With too-long black hair, a flat nose that had been broken once too often, and the large, muscular build of a man who’d made a life at sea. The scar across his jaw was an additional reminder that his life had not been pretty. Nothing about him was soft or kind or—heaven forbid—genteel.

But if he meant to stay in this town for any length of time, he couldn’t very well frighten off his landlord, who also happened to run the tavern down on the main road running through Billingham.

No. Caleb certainly could not survive this boring little town if he frightened off the man who put a roof over his head and supplied him with ale.

He glanced toward the window. Besides, Mr. Laslow was not the one he wanted to frighten off, but the one he wished to drive away was either the bravest woman alive or had no sense in that pretty head of hers.

He suspected it was the former.

“I know this old cottage could use some work,” Mr. Laslow started haltingly. “But it’s sound enough—”

Mr. Laslow’s brows arched and his expression brightened. “If you’re looking to stay in these parts, I’d be willing to sell the place.”

There was no work here, for one, and for another, he didn’t belong.

He would have been driven out of town with whispers and glares if it hadn’t been for Miss Abigail’s father stepping in and telling the town that he was a family friend. He and Marcus. Of course, no one believed it entirely, but after they ran

No Place Like Homecoming by Dallen, Maggie (best books to read for women .TXT) 📕

A Hero for Lady Abigail by Dallen, Maggie (i can read book club txt) 📕 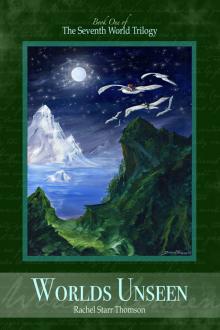