Cover by Covers and Cupcakes

Agatha sighed and stretched her shoulders which were stiff after bending over the papers on her desk for hours. She rubbed her neck, sighed, and smiled at her cat, Cleo, who sat on the desk’s edge, watching her.

“We did it, Cleo. This month’s matches are complete.” She scratched Cleo’s head. “Now, I’ll have a few days to rest before the next batch arrives.”

“I can’t find my Sunday shoes.”

Agatha got slowly up from her chair, rubbed her back, and called, “I’ll be right up.” She looked at Cleo. “Oh, dear! It’s past your dinner time.” She stroked the cat’s back and said, “I’ll be right back as soon as I find Maggie’s shoes.”

As well as running regular newspaper ads to bring clients to her successful matchmaking business, she raised her deceased daughter’s child, Margaret, for the past six years. Maggie was now eighteen, and Agatha hoped to teach her the matchmaking business eventually, so she could retire. Her body ached for that to happen.

After climbing the stairs painfully, she entered Maggie’s room and found the shoes under the bed.

“Did you even look there?” Agatha asked.

“I thought I had.” Maggie shrugged. She embraced her grandmother. “Thank you.”

Agatha rubbed Maggie’s back lovingly. “You might consider my age and look more carefully next time. Those stairs get steeper by the day.”

“Come down and set the table. I can tell by the aroma that the roast is done.”

Agatha descended the stairs carefully and returned to the den. She stopped short, her eyes barely focusing on the scene before her as her papers flew from one end of the room to the other. She grabbed her head with both hands and gasped.

The cat had spread the matches throughout the room. Cleo rolled over the papers, pouncing on them playfully while scattering them in obvious delight with her tail.

“Cleo!” She gasped before closing her eyes and falling backward. She would have fallen to the floor had her granddaughter not caught her.

“Oh, my!” was all Maggie could mutter.

Dr. Sawyer had settled Agatha in bed while continuing to monitor her heart rate and pulse.

“Will Grandmother be all right?” Maggie asked.

The doctor shook his head. “It looks like apoplexy. I’ve seen it a few times.”

“What’s apoplexy? Can you fix it?”

“Doctors aren’t one hundred percent sure, but we think it’s brain-related, and I can’t fix it, unfortunately. I’ve seen cases where the patient improved somewhat, but I doubt she’ll ever recuperate completely. She’s still unconscious, but I can tell by her sagging face she’s lost control of her whole right side.”

Maggie twisted her fingers. “Is there anything we can do?”

“Just let her rest, and pray for her recovery.”

“But she needs to get her matches out. The people have already paid for the service. What should I do?”

Dr. Sawyer shrugged. “I know nothing about that. Maybe you could finish up for her. It would take your mind off her illness.”

“I’ve watched her do it plenty of times, but I wish she could advise me about the details.”

“I’m afraid that’s impossible.” The doctor stood. “I’ll come back every day and let you know how she’s doing. Send for me if she gets worse.”

After the doctor left, Maggie sat and held her grandmother’s limp hand. “I’ll find a way. I know I can’t match them as well as you can, but I’ll do my best. The first thing I’ll do is cancel next month’s newspaper ad. I’d like to learn the business, but I’m not sure I’m ready yet.”

Maggie stood with a determined look. “I can do it! I don’t want you to worry. I’ll start on it right away. I’m young and eager—I’ll match them all again.”

Maggie kissed her grandmother’s forehead and said, “Of course, I can. I’m your granddaughter, after all.”

Luckily, Agatha was meticulous and had handwritten notes on the tops of the questionnaires. She had the ages of the applicants written at the top and also the state where each lived noted. So, all Maggie thought she had the time to do was match those and get them out quickly. She remembered her grandmother sending a letter to each of the applicants, telling them about each other and sending the transportation money to the women. How hard could this be?

Dr. Conner Beauregard Van Gates IV stood on the front lawn of his home. The rain dripped lazily from the brim of his black homburg hat. He sighed, having realized that the weather reflected his mood. Conner stared at the sign before him and shook his head sadly before grabbing it and pulling it from the ground. He stared at the sign that read, Dr. Van Gates’ Office, and then threw it into the nearby garbage bin. Conner brushed his hands together and walked into the house.

He shook out his wet overcoat and hat, hung them by the fireplace, gazed at the mess 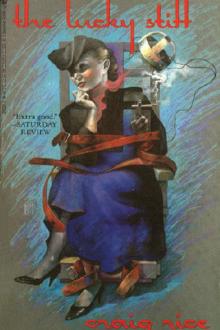