USA TODAY bestselling and RITA® Award–nominated author Caitlin Crews loves writing romance. She teaches her favorite romance novels in creative-writing classes at places like UCLA Extension’s prestigious Writers’ Program, where she finally gets to utilize the MA and PhD in English literature she received from the University of York in England. She currently lives in the Pacific Northwest with her very own hero and too many pets. Visit her at caitlincrews.com.

If you liked Just One More Night, why not try

Tempting the Enemy by JC Harroway

To all the DARE editors who worked so hard on these books, and to all my fellow authors who told such brilliant stories in the first place, it’s been such a pleasure to be a part of this line!

And to my readers, thank you so much for going on these dark, delicious adventures with me. It’s been an absolute delight!

Excerpt from Tempting the Enemy by JC Harroway

INDIANA MARCH, CALLED Indy by her loved ones and much filthier things by her lovers, landed in Prague on a gorgeous June afternoon, ready to face her destiny.

It had been two years since one night in Budapest had changed everything.

Two years since she had made a promise before flying standby back to New York, where she’d moved in with her far less free-spirited older sister—who never would have gone to Budapest in the first place and wouldn’t have gotten into the trouble Indy had no matter where she went.

Bristol was the good March sister.

She had recently gotten her doctorate after a lifetime of endless, serious, and committed studying. Indy, on the other hand, was committed to having fun. And while she was at it, living up—or down—to everyone’s expectations of the other March sister.

Not bad, she liked to say. But better.

Especially because when she said things like that, and vamped it up, it made her sister roll her eyes. And then laugh in spite of herself.

Indy and Bristol had settled on these designations for themselves when they’d still been little girls in small-town Ohio. And all these years later, Indy still thought she’d made the better choice. She’d decided school was boring in roughly the fourth grade and had decreed that she had better things to do, leaving Bristol to study away to her heart’s content while she danced and partied and ran around just being silly, because she could.

Bristol would probably be off studying right this minute—because there were apparently postdoctorates for people who felt the one PhD wasn’t enough—if it weren’t for the little summer adventure Indy had sent her sister off on. An opportunity to discover the parts of you that aren’t all about your mind, at last, Indy had told her—but that was another story.

Indy smiled at the notion of studious, killjoy Bristol getting her freak on out there as her plane taxied toward the gate, bouncing a little on the tarmac. She couldn’t wait to see if her big sister finally loosened up a bit—and couldn’t really imagine what a loosened up Bristol would look like. As the plane came to a rocking stop at the gate, she gathered up the small carry-on that was all she’d brought with her and held it on her lap, watching as all around her, people leapt to their feet and started dragging much heavier bags out of the overhead bins.

It always looked so unpleasant. And then the reward for all those heavy bags was that you then had to lug them around with you. Where was the fun in that?

Indy never troubled with much baggage, figurative or literal. After college she’d backpacked around for a couple of years, but never with one of those massive packs that some people toted across the planet that made them look like unfortunate tortoises. Their packs were always seventeen times their body weight, the better to mark them to all and sundry as a tourist, and barely fit in the narrow, often cobbled streets that they were always trundling along in. Not to mention, they might as well have worn neon signs inviting any predators to take a swing their way.

No thanks, she thought now, though she smiled nicely enough at the woman next to her and her two enormous, overstuffed suitcases.

That wasn’t how Indy operated. She was less about neon signs that weighed her down and more about going with the flow. And she’d never had an issue with predators.

Well. She stood up from her seat when she could finally step out into the aisle and considered. That wasn’t entirely true, was it?

Indy had made up no itinerary, back in her world-traveling backpacker days or even today. Because itineraries were boring. They nailed you down to a time and a place and a schedule and Indy was all about never, ever being boring, nailed down to anything, or, God forbid, the kind of person who couldn’t grab a drink without consulting seventeen sticker-laden planners and her phone’s calendar app. She’d watched Bristol—whose whole life was about schedules and responsibility and tedious meetings about any number of inane things—whittle away her life in tiny little recorded increments on hundreds of planner pages, but Indy had never wanted any part of that kind of nonsense. She had barely made it through college. Not because she was dumb, but because there were always so many more delicious things to do than study. Or sit in a yawn-worthy lecture. Or write dreary essays that were never about the things that interested her.

Those being, in no particular order: life. Sex. Fun.

Indy wanted to squeeze every last bit of the good stuff out of every single day, then roll herself around in it until it became who she was.

A Sicilian Romance by Ann Radcliffe (read this if .TXT) 📕 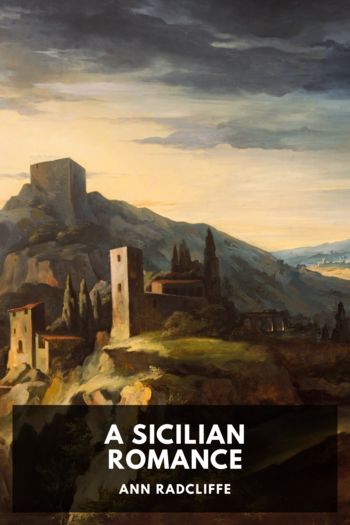