All rights reserved. No part of this book may be reproduced or transmitted in any form without written permission from the publisher, except by a reviewer who may quote brief passages for review purposes.

This book is a work of fiction and any resemblance to any person, living or dead, any place, events or occurrences, is purely coincidental. The characters and story lines are created from the author's imagination or are used fictitiously.

For those who never fit in

and instead invented their own rules.

Your world is limitless.

Hidden within the shadows of her favorite alcove above the great hall Tesse snapped a few illicit pictures of the gala festivities beyond the sight of prying eyes. Wary of others noticing her using her forbidden phone, Tesse stowed the device within one of the secret pockets in her skirt when steady footfalls signaled the approach of another.

“Lady, your mother the Duchess kindly requests you return to the festivities,” said Elena from behind her.

Tesse sighed. Her guards were keeping a watchful eye on her tonight.

Leaning over the railing, she stared at the sumptuous scene. The hall was packed from end to end, filled with revelers celebrating her impending nuptials. Wine overflowed cups. Wispy-clad servers circled the floor, offering an endless abundance of almost every fae delicacy specific to House Rowan and that of her intended’s House Hawthorne on laden platters. Tesse took a moment and counted all twelve guilds in attendance based on the variations of their ceremonial attire and hairstyles. The sheer extravagance caught her breath in her throat.

She’d even spied Mother laughing at a joke made by the stodgy Lord Efraim of House Elm, remarkable because the two hadn’t been on speaking terms for decades. Had the aerial silk performers uplifted their spirits? Or perhaps the bee wearer had mesmerized them, buzzing away their enmity with cascading arabesque flows of bees from hand to hand. Or had the pair of fire and water elementalists taken their breath away by commanding a leaping fire lynx and a diving rainbow trout overhead?

Tesse suppressed a smile, eager to share the photos with her twin sister.

She turned to Elena, who’d been waiting as patient as ever for her reply. Her guard was clad in formal attire for the day’s events, which meant the standard tan form-fitting outfit was dressed out with an Illusionists Guild sash running right shoulder to left hip, a ceremonial dagger slung at her waist, and a light silver filigree armor adorned her shoulders.

Standing as they were in the shadows, Tesse could have forgotten about the elaborate illusion she’d cast on her dress to honor her guild name. She’d had a silver silk couture ball gown commissioned and then she’d illusioned the fabric surface with an ever-changing series of tiny reflecting mirrors. The crowd had gone wild at her entrance into the Great Hall, wowed by the perpetual shimmer of her dress. Even Mother had nodded in a rare show of approval.

In honor of the impending nuptials, they had enchanted the Illusionists Guild formal sash fabric to copy the illusion she’d cast upon her dress. Standing this close, the tiny mirrors reflected back and forth at one another creating an intense, glittering effect.

“I am going for a walk in the rose gardens.”

“I will arrange an escort, my Lady,” Elena replied.

“No, Elena, you will not. The Duchess has guards patrolling the entire estate, including the gardens. There is no safer place in the world for me tonight.”

Elena’s lips pressed together, her shoulders stiffening. “As you wish, my Lady.”

Tesse swept past her, down the softly lit corridor, trotted down the spiral staircase, and then slipped out the side door of the manor house, evading the other guards and escaping into the crisp night air. She could dodge the crowds at this moment, but she’d never avoid the responsibility being thrust upon her shoulders as heir to the House of Mirrors. Feeling the wind through her hair and hearing the chirrups of frogs calmed her nerves. A thin sheen of sweat evaporated at her nape, chilling her. She slowed her stride, basking in the bright moonlight.

She shook her head and let out a wistful sigh. The estate of Rowan was famed for its size and beauty, but what else would you expect from a guild of illusionists? Tesse threaded through the gardens in a deliberate pattern, breathing in row upon row of flowering shrubs, sweetbriar, and wild roses. Will o’ wisp lamps lined the aisles, their green-tinged light reflecting off her mirrored dress, casting a sparkling glow upon the foliage.

At her approach a triad of feisty sprites took flight carrying away a large rose hip, its weight forcing them into comical aerial acrobatics. The pale glow from their long, thin wings drew concentric spiraling orbits in the air above. The marble statues had taken on a lush quality in the evening light. Their shadows deepened, emulating a sense of movement within their fixed forms.

When she’d reached a secluded copse of aspen, Tesse took a quick glance around, and when she’d confirmed she was alone, snuck out her phone. First, she messaged her twin, Becka, the images she’d taken of the party.

Her gaze again flitted around as she dialed her sister, yet the moonlit evening remained quiet. How much trouble would the heir of House Rowan rate for an illicit call to her outcast twin?

Tesse didn’t want to find out...

A rustling in the underbrush gave her pause.

“Tesse?” asked her sister, Becka, from the other end of the line.

“Hold on,” she whispered.

Soon enough the culprit emerged from the hedge victorious, a mouse hanging limply in his predatory jaws.

Tesse let out a laugh. “I thought I had heard something odd, but it turns out it was just Oriani, 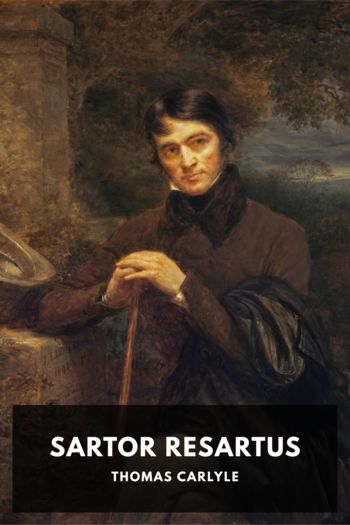