This book is licensed for your personal enjoyment only. This book may not be re-sold or given away to other people. If you would like to share this book with another person, please purchase an additional copy for each recipient. If you're reading this book and did not purchase it, or it was not purchased for your use only, then please return to the shop and purchase your own copy. Thank you for respecting the hard work of this author.

This book is entirely a work of fiction. Any correlation with real people or events is coincidental.

New and upcoming releases from

If you like our books and want to keep reading, download our FREE Publisher's Catalog, a must-read for any LitRPG fan which lists some of the finest works in the genre:

Tales of Wonder and Adventure: The Best of LitRPG, Fantasy and Sci-Fi (Publisher's Catalog)

Disgardium 2: Apostle of the Sleeping Gods

Chapter 4. Death to the Destroying Plague!

Chapter 5. Ready to Start Right Away!

Chapter 6. One Head is Good, But Two is Ogre

Chapter 9. The Secret of Otto Hinterleaf

Chapter 12. Don’t Look For Meaning Where There Is None

Chapter 17. The Wheel of Fortune

Chapter 18. Journey to the Inferno

Chapter 25. Between Dreams and Reality

Chapter 33. Those Who Shall Not Be Forgotten

Afterword from the Author

The planet’s population now exceeds twenty billion, at least a third of which are non-citizens, people declared useless to the community, which means they have no rights to the benefits of civilization. Citizenship is divided into categories; from A with the highest status, the social elite, to L — the lowest.

At the recommendation of the UN Department of Education, every teenager between ages fourteen and sixteen must spend at least one hour per day in Disgardium. This is considered an important part of education that gives teenagers the social skills they need and prepares them for adult life.

A student, Alex Sheppard, takes the in-game nickname Scyth. After making his character wrong and having trouble leveling up, he quickly loses interest in the game. For over a year, he just spends his mandatory hours in the sandbox, sitting on a bench outside the tavern.

His parents are planning to divorce, which will lower their citizenship class and income, and they won’t be able to pay for Alex’s education to fulfill his dream of becoming a space guide. The colonization of Mars has begun, and plans are in the works to correct Venus’ orbit.

Half a year before school ends, Alex is forced to start playing Disgardium for real to earn enough for his studies.

To maintain balance, the game’s developer company Snowstorm initially introduced the policy of ‘Threats’ to knock out imbalanced players. Any player-threat identified by an artifact of the True Flame can be thrown out of the game permanently with the help of a simple ritual. The eliminator receives rewards based on the Threat’s potential, and the Threat is also rewarded: the higher its level, the greater the compensation, but the harder it is to defeat. If the Threat’s status reaches extreme highs, it can be tough to eliminate. This means that the eliminators (or ‘preventers,’ as they call themselves) gain more by eliminating Threats before they power up.

The Threats themselves need to hide and level up. Their reward after elimination comes not from their potential, but from their current status level, where A is the highest and Z is the lowest.

Scyth becomes a Threat with potential A after a series of unlikely events converge. The NPC Patrick O’Grady (the first human whose consciousness was successfully transferred to the game) curses him, and another NPC, a lich dungeon boss, turns out to be under the control of the real-life non-citizen player Clayton, who contacts Alex. Clayton was the pilot of an interstellar cargo shuttle before he crashed and lost his citizenship. Seeing Scyth’s stubbornness as he dies over and over without giving up, he surrenders, letting Scyth kill him.

Scyth gets Mark of the Destroying Plague from killing the final boss of the instance. The Mark lets him withstand any damage without dying. Alongside Patrick’s curse, this allows Scyth to reach uninhabitable territory in the Mire, slumbering place of the dying avatar of the Sleeping God Behemoth, one of five ancient gods.

Disgardium 2: Apostle of the Sleeping Gods

Scyth makes friends with the ‘Dementors’ — his classmates Ed ‘Crawler’ Rodriguez, Hung ‘Bomber’ Lee, Melissa ‘Tissa’ Schafer and Malik ‘Infect’ Abdualim. Scyth helps them win an argument against Big Po, the leader of Axiom, the top clan in the 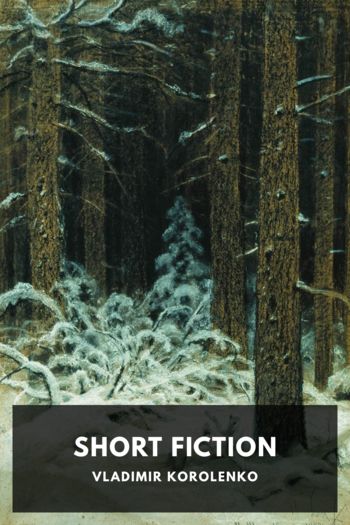