When a super-robot named Snookums discovers how to build his own superbombs, it becomes obvious that Earth is by no means the safest place for him to be. And so Dr. Fitzhugh, his designer, and Leda Crannon, a child psychologist acting as Snookums’ nursemaid, agree to set up Operation Brainchild, a plan to transport the robot to a far distant planet.

Mike the Angel—M. R. Gabriel, Power Design—has devised the power plant that is to propel the space ship Branchell to its secret destination, complete with its unusual cargo. And, as a reserve officer in the Space Patrol, Mike is a logical replacement for the craft’s unavoidably detained engineering officer.

But once into space, the Branchell becomes the scene of some frightening events—the medical officer is murdered, and Snookums appears to be the culprit. Mike the Angel indulges himself in a bit of sleuthing, and the facts he turns up lead to a most unusual climax.

All of the characters in this book are fictitious, and any resemblance to actual persons, living or dead, is purely coincidental.

Printed in the United States of America
First Edition

Extensive search has failed to uncover any evidence that the U.S. copyright of this publication has been renewed.

The Shrouded Planet
The Dawning Light

“Robert Randall” is a pseudonym used on books written in collaboration with Robert Silverberg.

The kids who tried to jump Mike the Angel were bright enough in a lot of ways, but they made a bad mistake when they tangled with Mike the Angel.

They’d done their preliminary work well enough. They had cased the job thoroughly, and they had built the equipment to take care of it. Their mistake was not in their planning; it was in not taking Mike the Angel into account.

There is a section of New York’s Manhattan Island, down on the lower West Side, that has been known, for over a century, as “Radio Row.” All through this section are stores, large and small, where every kind of electronic and sub-electronic device can be bought, ordered, or designed to order. There is even an old antique shop, known as Ye Quainte Olde Elecktronicks Shoppe, where you can buy such oddities as vacuum-tube FM radios and twenty-four-inch cathode-ray television sets. And, if you want them, transmitters to match, so you can watch the antiques work.

Mike the Angel had an uptown office in the heart of the business district, near West 112th Street—a very posh suite of rooms on the fiftieth floor of the half-mile-high Timmins Building, overlooking the [12] two-hundred-year-old Gothic edifice of the Cathedral of St. John the Divine. The glowing sign on the door of the suite said, very simply:

But, once or twice a week, Mike the Angel liked to take off and prowl around Radio Row, just shopping around. Usually, he didn’t work too late, but, on this particular afternoon, he’d been in his office until after six o’clock, working on some papers for the Interstellar Commission. So, by the time he got down to Radio Row, the only shop left open was Harry MacDougal’s.

That didn’t matter much to Mike the Angel, since Harry’s was the place he had intended to go, anyway. Harry MacDougal’s establishment was hardly more than a hole in the wall—a narrow, long hallway between two larger stores. Although not a specialist, like the proprietor of Ye Quainte Olde Elecktronicks Shoppe, Harry did carry equipment of every vintage and every make. If you wanted something that hadn’t been manufactured in decades, and perhaps never made in quantity, Harry’s was the place to go. The walls were lined with bins, all unlabeled, filled helter-skelter with every imaginable kind of gadget, most of which would have been hard to recognize unless you were both an expert and a historian.

Old Harry didn’t need labels or a system. He was a small, lean, bony, sharp-nosed Scot who had fled Scotland during the Panic of ’37, landed in New York, and stopped. He solemnly declared that he had never been west of the Hudson River nor north of 181st Street in the more than fifty years he had been in the country. He had a mind like that [13] of a robot filing cabinet. Ask him for a particular piece of equipment, and he’d squint one eye closed, stare at the end of his nose with the other, and say:

And he’d go to his wall ladder, push it along that narrow hallway, moving boxes aside as he went, and stop somewhere along the wall. Then he’d scramble up the ladder, pull out a bin, fumble around in it, and come out with the article in question. He’d blow the dust off it, polish it with a rag, scramble down the ladder, and say: “Here ’tis. Thought I had one. Let’s go back in the back and give her a test.”

On the other hand, if he didn’t have what you wanted, he’d shake his head just a trifle, then squint up at you and say: “What d’ye want it for?” And if you could tell him what you planned to do with the piece you wanted, nine times out of ten he could come up with something else that would do the job as well or better.

In either case, he always insisted that the piece be tested. He refused either to buy or sell something that didn’t work. So you’d follow him down that long hallway to the lab in the rear, where all the testing equipment was. The lab, too, was cluttered, but in a different way. Out front, the stuff was dead; back here, there was power coursing through the ionic veins and metallic nerves of the half-living machines. Things were labeled in neat, accurate script—not for Old Harry’s benefit, but for the edification of his customers, so they wouldn’t put their fingers in the wrong places. He never had to worry about whether his customers knew enough to fend for themselves; a few minutes spent in talking [14] was enough to tell Harry whether a man knew enough about the science and art of electronics and sub-electronics to be trusted in the lab. If you didn’t measure up, you didn’t get invited to the lab, even to watch a test.

But he had very few people like that; nobody came into Harry MacDougal’s place unless he was pretty sure of what he wanted and how he wanted to use it.

On the other hand, there were very few men whom Harry would allow into the lab unescorted. Mike the Angel was one of them.

Meet Mike the Angel. Full name: Michael Raphael Gabriel. (His mother had tagged that on him at the time of his baptism, which had made his father wince in anticipated compassion, but there had been nothing for him to say—not in the middle of the ceremony.)

Mike the Angel pushed open the door to Harry MacDougal’s shop and took off his hat to brush the raindrops from it. Farther uptown, the streets were covered with clear plastic roofing, but that kind of comfort stopped at Fifty-third Street.

There was no one in sight in the long, narrow store, so Mike the Angel looked up at the ceiling, where he knew the eye was hidden.

[15] “Sure, Harry.” Mike turned around, pressed the locking switch, and heard it snap satisfactorily.

“Okay, Mike,” said Harry MacDougal’s voice. “Come on back. I hope ye brought that bottle of scotch I asked for.”

Mike the Angel made his way back between the towering tiers of bins as he answered. “Sure did, Harry. When did I ever forget you?”

And, as he moved toward the rear of the store, Mike the Angel casually reached into his coat pocket and triggered the switch of a small but fantastically powerful mechanism that he always carried when he walked the streets of New York at night.

He was headed straight into trouble, and he knew it. And he hoped he was ready for it.

Mike the Angel kept his hand in his pocket, his thumb on a little plate that was set in the side of the small mechanism that was concealed therein. As he neared the door, the little plate began to vibrate, making a buzz which could only be felt, not heard. Mike sighed to himself. Vibroblades were all the rage this season.

He pushed open the rear door rapidly and stepped inside. It was just what he’d expected. His eyes saw and his brain recorded the whole scene in the fraction of a second before he moved. In that fraction of a second, he took in the situation, appraised it, planned his strategy, and launched into his plan of action.

Harry MacDougal was sitting at his workbench, near the controls of the eye that watched the shop when he was in the lab. He was hunched over a little, his small, bright eyes peering steadily at Mike the Angel from beneath shaggy, silvered brows. There was no pleading in those eyes—only confidence.

Next to Old Harry was a kid—sixteen, maybe seventeen. He had the JD stamp on his face: a look of cold, hard arrogance that barely concealed the uncertainty and fear beneath.[17] One hand was at Harry’s back, and Mike knew that the kid was holding a vibroblade at the old man’s spine.

At the same time, the buzzing against his thumb told Mike the Angel something else. There was a vibroblade much nearer his body than the one in the kid’s hand.

That meant that there was another young punk behind him.

All this took Mike the Angel about one quarter of a second to assimilate. Then he jumped.

Had the intruders been adults, Mike would have handled the entire situation in a completely different way. Adults, unless they are mentally or emotionally retarded, do not usually react or behave like children. Adolescents can, do, and must—for the very simple reason that they have not yet had time to learn to react as adults.

Had the intruders been adults, and had Mike the Angel behaved the way he did, he might conceivably have died that night. As it was, the kids never had a chance.

Mike didn’t even bother to acknowledge the existence of the punk behind him. He leaped, instead, straight for the kid in the dead-black suède zipsuit who was holding the vibroblade against Harry MacDougal’s spine. And the kid reacted exactly as Mike the Angel had hoped, prayed, and predicted he would.

The kid defended himself.

An adult, in a situation where he has one known enemy at his mercy and is being attacked by a second, will quickly put the first out of the way in order to leave himself free to deal with the second. There is no sense in leaving your flank wide open just to oppose a frontal attack.

If the kid had been an adult, Harry MacDougal would have died there and then. An adult would simply have [18] slashed his vibroblade through the old man’s spine and brought it to bear on Mike the Angel.

But not the kid. He jumped back, eyes widening, to face his oncoming opponent in an open space. He was no coward, that kid, and he knew how to handle a vibroblade. In his own unwise, suicidal way, he was perfectly capable of proving himself. He held out the point of that shimmering metal shaft, ready to parry any offensive thrust that Mike the Angel might make.

If Mike had had a vibroblade himself, and if there hadn’t been another 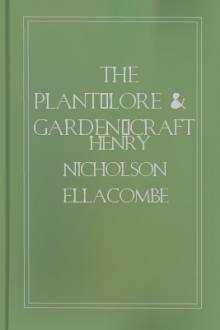