GREENER THAN YOU THINK

WARD MOORE
Greener Than
You Think

MANUFACTURED IN THE UNITED STATES

Transcriber's Note:
Extensive research did not uncover any evidence that the U.S. copyright on this publication was renewed. The text intentionally contains non-standard contractions, unhyphenated combination words and other informal styles and spellings, which, except for minor typographical errors, have all been transcribed as printed.

Neither the vegetation nor people in this book are entirely fictitious. But, reader, no person pictured here is you. With one exception. You, Sir, Miss, or Madam—whatever your country or station—are Albert Weener. As I am Albert Weener.

1. I always knew I should write a book. Something to help tired minds lay aside the cares of the day. But I always say you never can tell what's around the corner till you turn it, and everyone has become so accustomed to fantastic occurrences in the last twenty one years that the inspiring and relaxing novel I used to dream about would be today as unreal as Atlantis. Instead, I find I must write of the things which have happened to me in that time.

It all began with the word itself.

"Oh," I responded doubtfully. The picture in my mind was only of a vague area in parks edged with benches for the idle.

Anyway, I was far too resentful to pay strict attention. I had set out in good faith, not for the first time in my career as a salesman, to answer an ad offering "$50 or more daily to top producers," naturally expecting the searching onceover of an alert salesmanager, back to the light, behind a shinytopped desk. When youve handled as many products as I had an ad like that has the right sound. But the world is full of crackpots and some of the most pernicious are those who hoodwink unsuspecting canvassers into anticipating a sizzling deal where there is actually only a warm hope. No genuinely highclass proposition ever came from a layout without aggressiveness enough to put on some kind of front; working out of an office, for instance, not an outdated, rundown apartment in the wrong part of Hollywood.[2]

"It's only a temporary drawback, Weener, which restricts the Metamorphizer's efficacy to grasses."

The wheeling syllables, coming in a deep voice from the middleaged woman, emphasized the absurdity of the whole business. The snuffy apartment, the unhomelike livingroom—dust and books its only furniture—the unbelievable kitchen, looking like a pictured warning to housewives, were only guffaws before the final buffoonery of discovering the J S Francis who'd inserted that promising ad to be Josephine Spencer Francis. Wrong location, wrong atmosphere, wrong gender.

Now I'm not the sort of man who would restrict women to a place in the nursery. No indeed, I believe they are in some ways just as capable as I am. If Miss Francis had been one of those wellgroomed, efficient ladies who have earned their place in the business world without at the same time sacrificing femininity, I'm sure I would not have suffered such a pang for my lost time and carfare.

But wellgroomed and feminine were alike inapplicable adjectives. Towering above me—she was at least five foot ten while I am of average height—she strode up and down the kitchen which apparently was office and laboratory also, waving her arms, speaking too exuberantly, the antithesis of moderation and restraint. She was an aggregate of cylinders, big and small. Her shapeless legs were columns with large flatheeled shoes for their bases, supporting the inverted pediment of great hips. Her too short, greasespotted skirt was a mighty barrel and on it was placed the tremendous drum of her torso.

"A little more work," she rumbled, "a few interesting problems solved, and the Metamorphizer will change the basic structure of any plant inoculated with it."

Large as she was, her face and head were disproportionately big. Her eyes I can only speak of as enormous. I dare say there are some who would have called them beautiful. In moments of intensity they bored into mine and held them till I felt quite uncomfortable.

"Think of what this discovery means," she urged me. "Think of it, Weener. Plants will be capable of making use of[3] anything within reach. Understand, Weener, anything. Rocks, quartz, decomposed granite—anything."

She took a gold victorian toothpick from the pocket of her mannish jacket and used it energetically. I shuddered. "Unfortunately," she went on, a little indistinctly, "unfortunately, I lack resources for further experiment right now—"

This too, I thought despairingly. A slight cash investment—just enough to get production started—how many wishful times Ive heard it. I was a salesman, not a sucker, and anyway I was for the moment without liquid capital.

"It will change the face of the world, Weener. No more usedup areas, no more frantic scrabbling for the few bits of naturally rich ground, no more struggle to get artificial fertilizers to wornout soil in the face of ignorance and poverty."

She thrust out a hand—surprisingly finely and economically molded, barely missing a piledup heap of dishes crowned by a flowerpot trailing droopy tendrils. Excitedly she paced the floor largely taken up by jars and flats of vegetation, some green and flourishing, others gray and sickly, all constricting her movements as did the stove supporting a glass tank, robbed of the goldfish which should rightfully have gaped against its sides and containing instead some slimy growth topped by a bubbling brown scum. I simply couldnt understand how any woman could so far oppose what must have been her natural instinct as to live and work in such a slatternly place. It wasnt just her kitchen which was disordered and dirty; her person too was slovenly and possibly unclean. The lank gray hair swishing about her ears was dark, perhaps from vigor, but more likely from frugality with soap and water. Her massive, heavychinned face was untouched by makeup and suggested an equal innocence of other attentions.

"Fertilizers! Poo! Expedients, Weener—miserable, makeshift expedients!" Her unavoidable eyes bit into mine. "What is a fertilizer? A tidbit, a pap, a lollypop. Indians use fish; Chinese, nightsoil; agricultural chemists concoct tasty tonics of nitrogen and potash—where's your progress? Putting a mechanical whip on a buggy instead of inventing an internal[4] combustion engine. Ive gone directly to the heart of the matter. Like Watt. Like Maxwell. Like Almroth Wright. No use being held back because youve only poor materials to work with—leap ahead with imagination. Change the plant itself, Weener, change the plant itself!"

It was no longer politeness which held me. If I could have freed myself from her eyes I would have escaped thankfully.

"Nourish'm on anything," she shouted, rubbing the round end of the toothpick vigorously into her ear. "Sow a barren waste, a worthless slagheap with lifegiving corn or wheat, inoculate the plants with the Metamorphizer—and you have a crop fatter than Iowa's or the Ukraine's best. The whole world will teem with abundance."

Perhaps—but what was the sales angle? Where did I come in? I didnt know a dandelion from a toadstool and was quite content to keep my distance from nature. Had she inserted the ad merely to lure a listener? Her whole procedure was irregular: not a word about territories and commissions. If I could bring her to the point of mentioning the necessary investment, maybe I could get away gracefully. "You said you were stuck," I prompted, resolved to get the painful interview over with.

"Stuck? Stuck? Oh—money to perfect the Metamorphizer. Luckily it will do it itself."

"Look about you—what do you see?"

I glanced around and started to say, a measuring glass on a dirty plate next to half a cold fried egg, but she stopped me with a sweep of her arm which came dangerously close to the flasks and retorts—all holding dirtycolored liquids—which cluttered the sink. "No, no. I mean outside."

I couldnt see outside, because instead of a window I was facing a sickly leaf unaccountably preserved in a jar of alcohol. I said nothing.

"Metaphorically, of course. Wheatfields. Acres and acres of wheat. Bread, wheat, a grass. And cornfields. Iowa, Wisconsin, Illinois—not a state in the Union without corn. Milo, oats,[5] sorghum, rye—all grasses. And the Metamorphizer will work on all of them."

I'm always a man with an open mind. She might—it was just possible—she might have something afterall. But could I work with her? Go out in the sticks and talk to farmers; learn to sit on fence rails and whittle, asking after crops as if they were of interest to me? No, no ... it was fantastic, out of the question.

A different, more practical setup now.... At least there would have been no lack of prospects, if you wanted to go miles from civilization to find them; no answers like We never read magazines, thank you. Of course it was hardly believable a woman without interest in keeping herself presentable could invent any such fabulous product, but there was a bare chance of making a few sales just on the idea.

The idea. It suddenly struck me she had the whole thing backwards. Grasses, she said, and went on about wheat and corn and going out to the rubes. Southern California was dotted with lawns, wasnt it? Why rush around to the hinterland when there was a big territory next door? And undoubtedly a better one?

"Revive your old tired lawn," I improvised. "No manures, fuss, cuss, or muss. One shot of the Meta—one shot of Francis' Amazing Discovery and your lawn springs to new life."

"Lawns indeed, Miss Francis," I retorted with some spirit. "I'm a salesman and I know something about marketing a product. Yours should be sold to householders for their lawns."

"Should it? Well, I say it shouldnt. Listen to me: there are two ways of making a discovery. One is to cut off a cat's hindleg. The discovery is then made that a cat with one leg cut off has three legs. Hah!

"The other way is to find out your need and then search for a method of filling it. My work is with plants. I don't take a[6] daisy and see if I can make it produce a red and black petaled monstrosity. If I did I'd be a fashionable horticulturist, delighted to encourage imbeciles to grow grass in a desert.

"My method is the second one. I want no more backward countries; no more famines in India or China; no more dustbowls; no more wars, depressions, hungry children. For this I produced the Metamorphizer—to make not two blades of grass grow where one sprouted before, but whole fields flourish where only rocks and sandpiles lay.

"No, Weener, it won't do—I can't trade in my vision as a downpayment on a means to encourage a waste of ground, seed and water. You may think I lost such rights when I thought up the name Metamorphizer to appeal on the popular level, but there's a difference."

That was a clincher. Anyone who believed Metamorphizer had salesappeal just wasnt all there. But why should I disillusion her and wound her pride? Down underneath her rough exterior I supposed she could be as sensitive as I; and I hope I am not without chivalry.

I said nothing, but of course her interdiction of the only possibility killed any weakening inclination. And yet ... yet.... Afterall, I had to have something....

"All right, Weener. This pump—" she produced miraculously from the jumble an unwieldy engine dragging a long and tangling tail of hose behind it, the end lost among mementos of unfinished 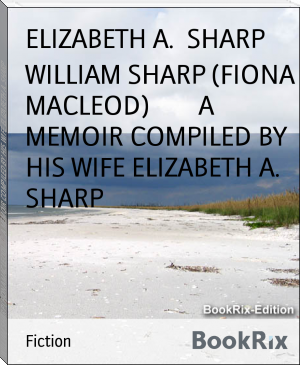