ONE MAN DISCOVERED THE TRUTH

—The Fall of Rome, the Wars that racked the world, mass murder and horror....

But each one was a move in a Universe-wide battle—and the men who suffered and died were the big chessmen.

Finally, one man discovered the truth—and faced his strange destiny in the ultimate struggle for control of the Universe.

First of the Famous Lensman Series

A PYRAMID BOOK
Published by arrangement with the Author

No part of this book may be reprinted without
written permission of the publishers.

"Any sale, lease, transfer or circulation of this book by way of trade or in quantities of more than one copy, without the original cover bound thereon, will be construed by the Publisher as evidence that the parties to such transaction have illegal possession of the book, and will subject them to claim by the Publisher and prosecution under law."

Two thousand million or so years ago two galaxies were colliding; or, rather, were passing through each other. A couple of hundreds of millions of years either way do not matter, since at least that much time was required for the inter-passage. At about that same time—within the same plus-or-minus ten percent margin of error, it is believed—practically all of the suns of both those galaxies became possessed of planets.

There is much evidence to support the belief that it was not merely a coincidence that so many planets came into being at about the same time as the galactic inter-passage. Another school of thought holds that it was pure coincidence; that all suns have planets as naturally and as inevitably as cats have kittens.

Be that as it may, Arisian records are clear upon the point that before the two galaxies began to coalesce, there were never more than three solar systems present in either; and usually only one. Thus, when the sun of the planet upon which their race originated grew old and cool, the Arisians were hard put to it to preserve their culture, since they had to work against time in solving the engineering problems associated with moving a planet from an older to a younger sun.

Since nothing material was destroyed when the Eddorians were forced into the next plane of existence, their historical records also have become available. Those records—folios and tapes and playable discs of platinum alloy, resistant indefinitely even to Eddore's noxious atmosphere—agree with those of the Arisians upon this point. Immediately before the Coalescence began there was one, and only one, planetary solar system in the Second Galaxy; and, until the advent of Eddore, the Second Galaxy was entirely devoid of intelligent life.

Thus for millions upon untold millions of years the two races, each the sole intelligent life of a galaxy, perhaps of an entire space-time continuum, remained completely in ignorance of each other. Both were already ancient at the time of the Coalescence. The only other respect in which the two were similar, however, was in the possession of minds of power.

Since Arisia was Earth-like in composition, atmosphere, and climate, the Arisians were at that time distinctly humanoid. The Eddorians were not. Eddore was and is large and dense; its liquid a poisonous, sludgy syrup; its atmosphere a foul and corrosive fog. Eddore was and is unique; so different from any other world of either galaxy that its very existence was inexplicable until its own records revealed the fact that it did not originate in normal space-time at all, but came to our universe from some alien and horribly different other.

As differed the planets, so differed the peoples. The Arisians went through the usual stages of savagery and barbarism on the way to Civilization. The Age of Stone. The Ages of Bronze, of Iron, of Steel, and of Electricity. Indeed, it is probable that it is because the Arisians went through these various stages that all subsequent Civilizations have done so, since the spores which burgeoned into life upon the cooling surfaces of all the planets of the commingling galaxies were Arisian, not Eddorian, in origin. Eddorian spores, while undoubtedly present, must have been so alien that they could not develop in any one of the environments, widely variant although they are, existing naturally or coming naturally into being in normal space and time.

The Arisians—especially after atomic energy freed them from physical labor—devoted themselves more and ever more intensively to the exploration of the limitless possibilities of the mind.

Even before the Coalescence, then, the Arisians had need neither of space-ships nor of telescopes. By power of mind alone they watched the lenticular aggregation of stars which was much later to be known to Tellurian astronomers as Lundmark's Nebula approach their own galaxy. They observed attentively and minutely and with high elation the occurrence of mathematical impossibility; for the chance of two galaxies ever meeting in direct, central, equatorial-plane impact and of passing completely through each other is an infinitesimal of such a high order as to be, even mathematically, practically indistinguishable from zero.

They observed the birth of numberless planets, recording minutely in their perfect memories every detail of everything that happened; in the hope that, as ages passed, either they or their descendants would be able to develop a symbology and a methodology capable of explaining the then inexplicable phenomenon. Carefree, busy, absorbedly intent, the Arisian mentalities roamed throughout space—until one of them struck an Eddorian mind.

While any Eddorian could, if it chose, assume the form of a man, they were in no sense man-like. Nor, since the term implies a softness and a lack of organization, can they be described as being amoeboid. They were both versatile and variant. Each Eddorian changed, not only its shape, but also its texture, in accordance with the requirements of the moment. Each produced—extruded—members whenever and wherever it needed them; members uniquely appropriate to the task then in work. If hardness was indicated, the members were hard; if softness, they were soft. Small or large, rigid or flexible; joined or tentacular—all one. Filaments or cables; fingers or feet; needles or mauls—equally simple. One thought and the body fitted the job.

They were asexual: sexless to a degree unapproached by any form of Tellurian life higher than the yeasts. They were not merely hermaphroditic, nor androgynous, nor parthenogenetic. They were completely without sex. They were also, to all intents and purposes and except for death by violence, immortal. For each Eddorian, as its mind approached the stagnation of saturation after a lifetime of millions of years, simply divided into two new-old beings. New in capacity and in zest; old in ability and in power, since each of the two "children" possessed in toto the knowledges and the memories of their one "parent."

And if it is difficult to describe in words the physical aspects of the Eddorians, it is virtually impossible to write or to draw, in any symbology of Civilization, a true picture of an Eddorian's—any Eddorian's—mind. They were intolerant, domineering, rapacious, insatiable, cold, callous, and brutal. They were keen, capable, persevering, analytical, and efficient. They had no trace of any of the softer emotions or sensibilities possessed by races adherent to Civilization. No Eddorian ever had anything even remotely resembling a sense of humor.

While not essentially bloodthirsty—that is, not loving bloodshed for its own sweet sake—they were no more averse to blood-letting than they were in favor of it. Any amount of killing which would or which might advance an Eddorian toward his goal was commendable; useless slaughter was frowned upon, not because it was slaughter, but because it was useless—and hence inefficient.

And, instead of the multiplicity of goals sought by the various entities of any race of Civilization, each and every Eddorian had only one. The same one: power. Power! P-O-W-E-R!!

Since Eddore was peopled originally by various races, perhaps as similar to each other as are the various human races of Earth, it is understandable that the early history of the planet—while it was still in its own space, that is—was one of continuous and ages-long war. And, since war always was and probably always will be linked solidly to technological advancement, the race now known simply as "The Eddorians" became technologists supreme. All other races disappeared. So did all other forms of life, however lowly, which interfered in any way with the Masters of the Planet.

Then, all racial opposition liquidated and overmastering lust as unquenched as ever, the surviving Eddorians fought among themselves: "push-button" wars employing engines of destruction against which the only possible defense was a fantastic thickness of planetary bedrock.

Finally, unable either to kill or to enslave each other, the comparatively few survivors made a peace of sorts. Since their own space was practically barren of planetary systems, they would move their planet from space to space until they found one which so teemed with planets that each living Eddorian could become the sole Master of an ever increasing number of worlds. This was a program very much worthwhile, promising as it did an outlet for even the recognizedly insatiable Eddorian craving for power. Therefore the Eddorians, for the first time in their prodigiously long history of fanatical non-cooperation, decided to pool their resources of mind and of material and to work as a group.

Union of a sort was accomplished eventually; neither peaceably nor without highly lethal friction. They knew that a democracy, by its very nature, was inefficient; hence a democratic form of government was not even considered. An efficient government must of necessity be dictatorial. Nor were they all exactly alike or of exactly equal ability; perfect identity of any two such complex structures was in fact impossible, and any difference, however slight, was ample justification for stratification in such a society as theirs.

Thus one of them, fractionally more powerful and more ruthless than the rest, became the All-Highest—His Ultimate Supremacy—and a group of about a dozen others, only infinitesimally weaker, became his Council; a cabinet which was later to become known as the Innermost Circle. The tally of this cabinet varied somewhat from age to age; increasing by one when a member divided, decreasing by one when a jealous fellow or an envious underling managed to perpetrate a successful assassination.

And thus, at long last, the Eddorians began really to work together. There resulted, among other things, the hyper-spatial tube and the fully inertialess drive—the drive which was, millions of years later, to be given to Civilization by an Arisian operating under the name of Bergenholm. Another result, which occured shortly after the galactic inter-passage had begun, was the eruption into normal space of the planet Eddore.

"I must now decide whether to make this space our permanent headquarters or to search farther," the All-Highest radiated harshly to his Council. "On the one hand, it will take some time for even those planets which have already formed to cool. Still more will be required for life to develop sufficiently to form a part of the empire which we have planned or to occupy our abilities to 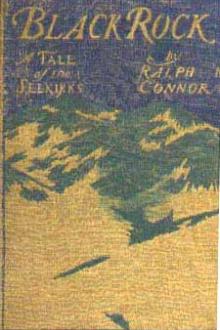 5 Reasons Why Science Fiction is an All-time Favorite Genre by Len Stage (top books of all time .TXT) 📕 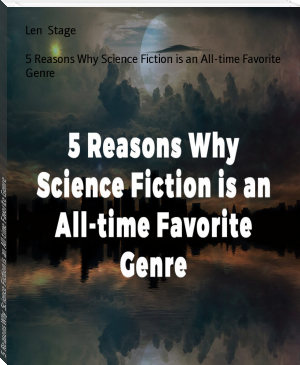