A Horsewoman for Harlan

A crowd surrounded the orphan train, but Harlan Tanner pushed his way through.  Once he'd made it to the front row, he saw a line of children of all ages.  People were grabbing the ones they wanted.  Most of the young lads had already been taken. Harlan looked at some of the men who had selected the lads and saw they were mostly farmers.  He needed a lad to help on his horse ranch.  He scanned the remaining boys, and stepped up to grab the last young lad’s arm.

“I’ll take this one,” he said clutching the lad.

A woman came forward wearing spectacles.  “Come this way.  We have paperwork for you to sign, and I’ll give you his file.”

Harlan moved to pull the lad gently with him, when he heard a cry.  He turned to see that, hanging onto the lad’s shirt, was a little girl.  “Who’s this?” he asked the lad.

“How old are you?” Harlan asked.

“Thirteen,” the boy answered. “I’m all my sister has left in the world.”

“I really hadn’t planned on two children.”  Harlan looked at the little girl.  She had brown hair and big watery blue eyes.  Her little hands shook as they clung to her brother’s shirt.

Harlan bent down and asked gently,  “What’s your name?”

The little girl buried her face into her brother’s shirt.

Harlan stood and spoke to the lad.  “What’s your name?”

The spectacled woman stood tapping her toe.  “Please, sir.  We have a lot of paperwork to give out.”

Harlan sighed.  “I’ll take them both, then.”

The woman went through the paperwork with him. Other workers did the same for other people who’d chosen children from the orphan train.

He needed help on his horse ranch, and the lad looked capable.  He hadn’t wanted a girl.  What would he do with her?  He’d give her care over to his housekeeper.  He didn’t feel right splitting them up.  The little girl probably would have bawled her eyes out, ruining any chance of being chosen by a family,  besides.

The children rode in the back of the wagon between bales of straw.  They were quiet,  but Harlan noticed that the girl’s hands never left her brother’s shirt.  When they'd reached Harlan’s house, he jumped down while Clay stepped down from the wagon,  holding the girl in his arms.

“Martha, I’d like you to meet Millie and Clay,” Harlan said. “Children,  this is Mrs. Donovan, our housekeeper.”

Martha Donovan looked from the children to Harlan with puzzlement.  “You brought two?”

He saw Martha’s eyes travel to the tiny female hands gripping her brother’s neck and nodded. “Two children will be twice the fun.  I have cookies and milk in the kitchen—why don’t you two hurry in and find a seat,  and I’ll be right in.”

Clay put Millie down,  and the children scurried into the kitchen.

Martha put her finger to her lips and whispered loudly,   “We have only one spare bed.”

“Hmm.” Harlan scratched his head.  “I think there’s a mattress in the attic.  I’ll haul it down and put it in the spare room.  In the meantime,  I’ll build them a bunk bed.”

“They should be in separate rooms eventually,” Martha said.

“Right,  again.” Harlan rubbed his chin.  “Why can’t Clay use the bunkhouse?  That is, once his sister lets go of him.”

“That’s a fantastic idea.  Will Pedro mind sharing it?”

“I know he won’t since most nights he’s sleeping elsewhere and barely makes it in to work on time, but I can’t reprimand him—he’s the only horse breeder around.”

“Good,  then.  I'd better get them cookies and milk, then I’ll show them around.”

Millie, now almost six-years-old, climbed up beside Clay. He flicked the reins,  and they barreled down the dirt road. When they reached the old clapboard schoolhouse, Clay helped her down from the wagon, then turned back toward the ranch.  Their father had allowed him to go to school for two years, but now, Clay had wanted to work fulltime on the ranch.

Millie’s school bench partner was Flora, a red-headed girl who always wore stylish dresses while Millie wore plain, premade dresses from the general store. “I like your dress,” Millie told Flora as she touched the delicately laced cuff.

The girl grinned.  “My mother made it.  She makes all my clothes.”

At lunchtime Millie sat beside Sarah who always chattered during lunch, and Millie chose to sit with her so she wouldn't have to talk much.

“My mother is taking me to the opera house in Hays, Saturday. She made me the prettiest dress to wear.  I’m so excited.” The girl rattled on and on, describing her dress while Millie listened.  It seemed to her as if everyone had a mother except for her.

“What did your mother pack for you?” Sarah asked.

Millie hated whenever someone asked her something like that.  “I don’t have a mother.”

Five Children and It by E. Nesbit (classic books for 12 year olds .TXT) 📕 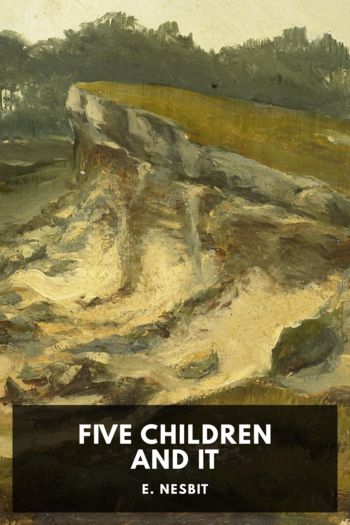 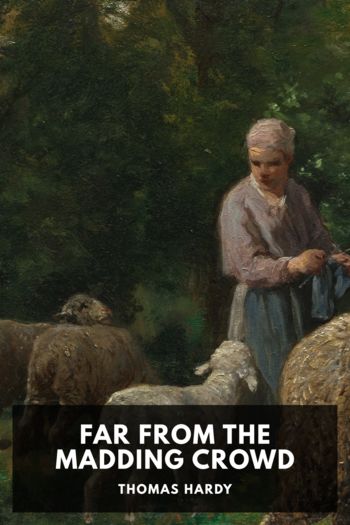