The scanning, uploading, and distributing of this book via the internet or via any other means without the permission of the copyright owner is illegal and punishable by law. Criminal copyright infringement, including infringement without monetary gain, is investigated by the FBI and is punishable by up to 5 years in federal prison and a fine of $250,000. Please purchase only authorized electronic editions and do not participate in or encourage electronic piracy of copyrighted materials. Brief passages may be quoted for review purposes if credit is given to the copyright holder. Your support of the author’s rights is appreciated. Any resemblances to person(s) living or dead, is completely coincidental. All items contained within this novel are products of the author’s imagination.

—Warning: This book is intended for readers over the age of 18.

Most people spend years looking for their soul mate. Jinx has more choices than he can handle.

Working for Zealous Blaze has opened a world of sexy men for Jinx. On one hand, he has a rock star. On the other, the head of security for a billionaire. Jinx has never been more torn in his life.

Hudson can have any man he wants. Fame turns a lot of heads. The only guy he wants for more than one night doesn’t want him back. It’s a position he’s never been in before. It’s definitely not a place he thought he would fight to stay in. Yet here he is.

Rocky has better things to do than fight for the attention of guy who’s way too young for him. He can’t stop. Jinx is everything Rocky has searched for his entire life. He’s also Rocky’s best friend. It’s a mess he doesn’t know how to escape.

Two men fighting for the same heart is a situation bound to end in heartache for someone. Or maybe not.

When Hudson Vincent walked through a crowd, heads turned. Phones appeared in people’s hands and lights popped from where people forgot to turn off the flash on their cameras. Hudson ran his fingers through his bright green hair that was shaved down the sides, flipping his mohawk to one side. Jinx smiled as he watched Hudson pretend not to notice the way everyone took his picture while he made his way through the restaurant. Light glimmered off the ring in his nose and lip. His heavily lined lids made the boredom in his green eyes even more obvious. Jinx wondered how much of his expression was an act. The only thing keeping anyone from throwing their underwear Hudson’s way was the bodyguard shielding his every step. Hudson moved like he didn’t even notice he was being shadowed.

“Do you plan to walk right by me like you don’t even see me?”

Hudson glanced Jinx’s way like he planned to keep moving, blowing off whoever dared to say such a thing to him. When his gaze landed on Jinx, his expression changed. Happiness flashed in his eyes. Butterflies stirred in Jinx’s gut. Hudson had a way of making Jinx feel special, but Jinx refused to show it. After all, Hudson was a grunge rock god. Jinx was no one. Yet, somehow, they were still friends.

“Jinx. Wow. I really didn’t see you there, but now that I have, how could I walk right by your gorgeous self?”

Jinx rolled his eyes before he could stop himself.

A bright smile lit Hudson’s features at Jinx’s reaction. “You’re the only person I know who rolls their eyes at every compliment. Do you think you’re surrounded by liars?”

Hudson threw his head back and roared with laughter. He plopped down in the seat across from Jinx without an invitation. “You’re so much fun. Are you eating alone?”

Hudson’s eyes flashed with mischief. “Mhmm. I do love having you to myself.”

Jinx’s heart skipped a beat. He had felt that hum against his skin before. It was pretty fucking amazing. As sound engineer for Zealous Blaze, the top DJ in the world, Jinx had met a ton of celebrities. Most were horrible and ignored Jinx. He was beneath them. Jinx had been beneath Hudson in a whole other way more than once. It was a magical place to be. Jinx knew better than to let someone like Hudson see him starstruck.

Hudson set his elbow on the table and propped up his chin with his fist. His gaze never wavered from Jinx. “Where’s that big-ass guard of yours?”

“If you mean Rocky, he’s not my guard, and he’s working.” Hudson had met Rocky at the last rave Jinx worked. Now Hudson brought him up every time they saw each other.

The laughter flashing in Hudson’s eyes said he heard the forced disinterest in Jinx’s voice and planned to exploit it. “I’m well aware he works for your boss’s man, but you live with them, right?”

It was true Jinx lived with Zayn and Spencer… and Rocky, but Jinx didn’t see Hudson’s point. “Yes, but that still doesn’t make Rocky my guard. He’s head of Zayn’s security team.”

“You two are together a lot.”

Jinx leaned closer as he spotted his chance to turn the tables. “Are you jealous?”

Hudson dropped his arm and leaned closer too. “Should I be? Does he know how you sound when you come?”

An unexpected wave of longing washed over Jinx. No one knew how much he wanted the sexy guard he spent his nights talking and laughing with. Still, he couldn’t let Hudson see his weakness. “Nope. You hold that distinction.”

“Damn. He has no idea what he’s missing.”

“Would you like me to move your meal to this table, Mr. Vincent?”

The server’s sudden appearance and question had Jinx sitting back in his seat. He hadn’t realized Hudson had been sitting elsewhere in 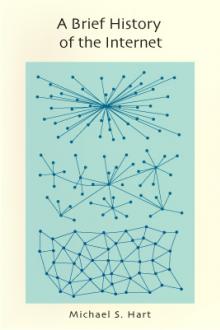